Today we had the privilege of attending a ZOE graduation ceremony. These young people have just completed the three-year empowerment program and are thriving as business owners and leaders in their community.

The first part of the day was spent at an exhibit where some of the graduates could tell us about their IGAs (income generating activities) and show us their goods. The stories we heard revealed the incredible creativity, resiliency, and commitment these young people show in pursuing their dreams. 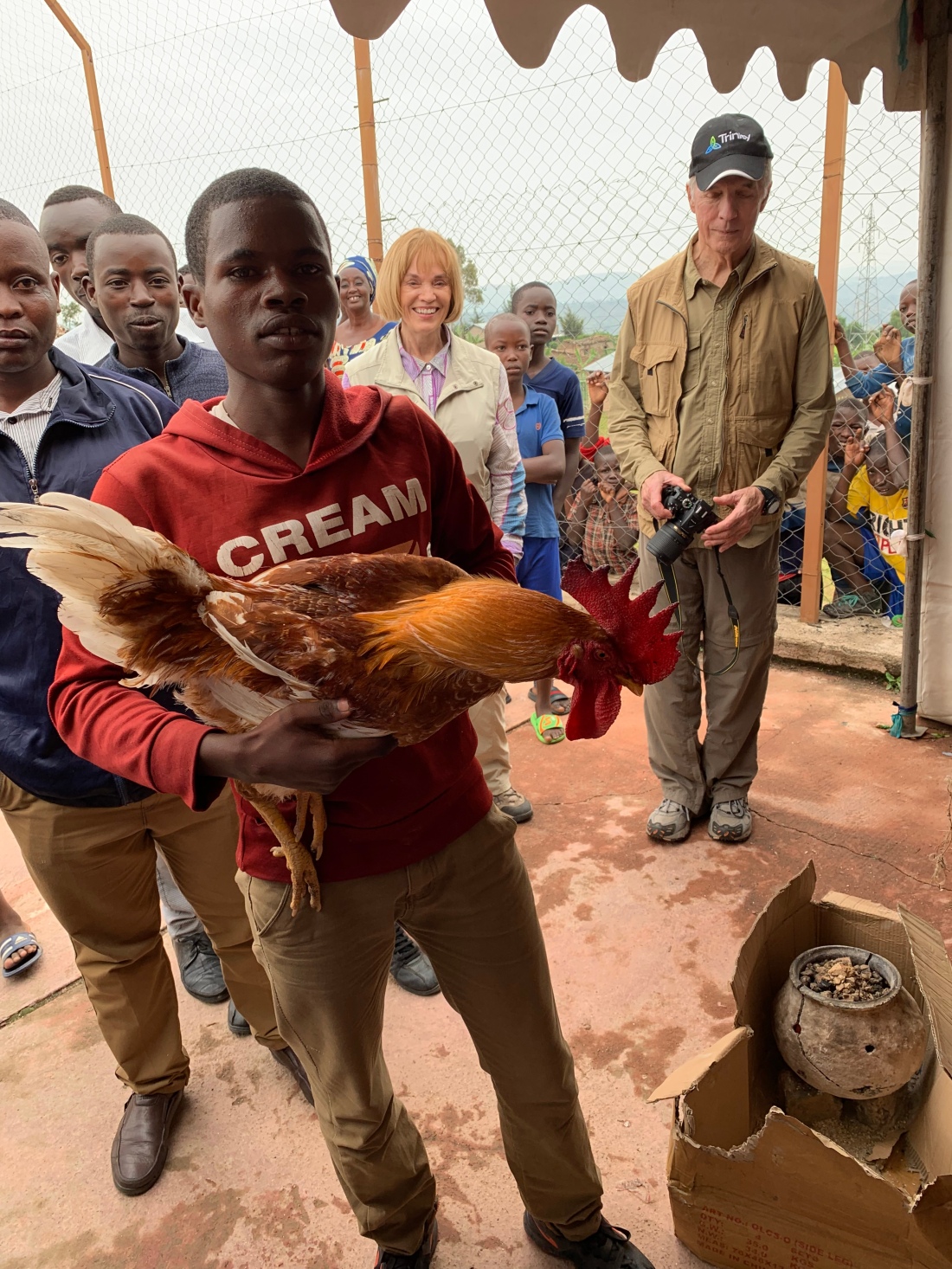 Immanuel (age 21) lost both his parents as a young teenager. Abused by other relatives after their deaths and marginalized by his community, he decided to journey on foot to the capital city of Kigali (a two hour trip by car) in search of a better life. There he was exploited by a hatchery business that “hired” him and paid him only a piece of bread at the end of each day for his efforts. Undeterred, Immanuel decided to learn all aspects of the business, including the artificial incubation of chicken eggs. He took diligent notes on what he observed and, as he put it, “got an education for free.”

Immanuel then decided to return to his village and soon after that became a part of a ZOE group. ZOE provided the grant for him to start his business, applying the knowledge he had gained in his time at the hatchery. He even studied and learned how to process high quality feeds for his animals rather than having to buy them. His business is thriving and he is now known as “Dr. Boss” in his community, for his expertise in the raising of chickens.

Samuel (age 20), like almost any Rwandan boy, grew up dreaming about owning a motorbike. But given his circumstances as an orphan, he never thought that dream would come true. Then he was welcomed into a ZOE group three years ago. Samuel’s first IGA was growing and selling cassava. He remembered his dream, saved all he could from his profits, and after a year received driving lessons. After his second year, he had enough money to pay 50% on the purchase of a motorbike and take out a loan for the other 50%. Samuel was then able to begin his motorbike business, transporting people around the community. One year later, he has paid off the loan and has already calculated depreciation costs and begun saving for his next motorbike. Meanwhile, he is also caring for his three younger siblings, making sure they are able to go to school and helping them start their own businesses.

On the front of Samuel’s bike is the word “Shalom.” When asked about it, he shared that before ZOE he had no peace in his heart. It is a daily reminder to him about the peace that he has found, the peace he desires for others, and his hope for a world where people live at peace with each other.

A highlight of the day was witnessing these graduates who had been blessed with an opportunity to change their lives share that blessing with a group of other orphans in their community. The graduates had worked in conjunction with community leaders to identify children who would receive gifts of goats, school materials, and school uniforms, a gift totaling more than 600,000 Rwandan francs (~$700). It was such a joyful moment to see these presentations made to the children.

The chairperson of the graduating class told us that through ZOE, they had learned to be generous. Their graduation day was evidence that they have been shaped not only for their own success but for the well-being of others. The ripples that go out from this group of young people may be immeasurable.

View all posts by runninrev